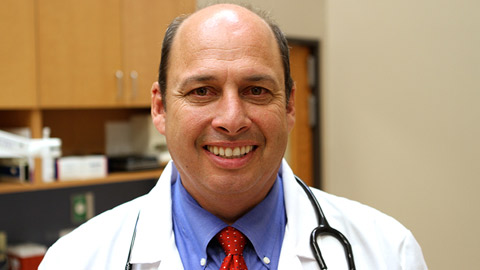 Dr. Mike Jones has a beautiful wife, Katie, 2 wonderful sons, and a gorgeous daughter.  In addition, he has a wonderful step-daughter and two grandsons.  He also has three canine kids Sadie a Westie/Scottie cross, Wrigley a Beagle, and Rizzo a Golden Doodle.

He is a founding member of the National Veterinary Laser Society and Past President of the Oklahoma Veterinary Medical Association for 2006. Dr. Jones also helps and serves multiple rescue groups. 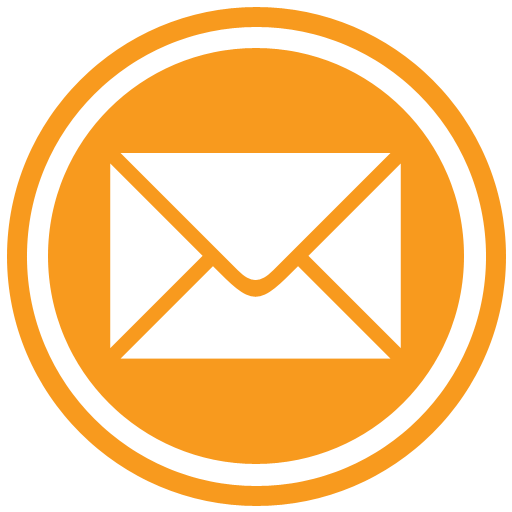 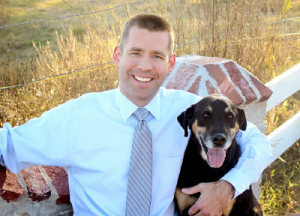 Dr. Yeagley, a 3rd generation native Tulsan, graduated from Oologah-Talala High School in 1994.  He holds a degree in business management and economics from Baker University in Baldwin City, Kansas. While at Baker University, Dr. Yeagley studied abroad at Harlaxton University in England. Dr. Yeagley attended the University of Notre Dame Law School and practiced law in Philadelphia, Pennsylvania. Dr. Yeagley then returned to his native Oklahoma in 2003 and later earned a degree in veterinary medicine from Oklahoma State University. Upon graduation, Dr. Yeagley was selected for advanced studies as an Oklahoma State University Small Animal Medicine and Surgery intern. As an intern, Dr. Yeagley published a noted article in the journal of the American Veterinary Medical Association and has lectured on the canine parasites classified under the Babesia genus. After his internship, he published an additional article on Babesia in the journal Veterinary Clinical Pathology. Dr. Yeagley has also lectured on the changing landscape of the law and veterinary medicine. Dr. Yeagley joined Woodland West Animal Hospital in 2010.

Dr. Yeagley, together with his amazing wife, run a small farm in Collinsville. Dr. Yeagley has a daughter, Maeve, and two sons, Cormac and Jack. In his spare time, he enjoys fly fishing, canoeing, hiking, music and spending time with his wife and children.

Dr. Taylor Barranco was born and raised in Tulsa, Oklahoma. She first joined the Woodland West team in 2010 as a veterinary assistant during her undergraduate studies at Oklahoma State University. There, she obtained her Bachelor’s of Science in Animal Science. Following graduation, Dr. Barranco went 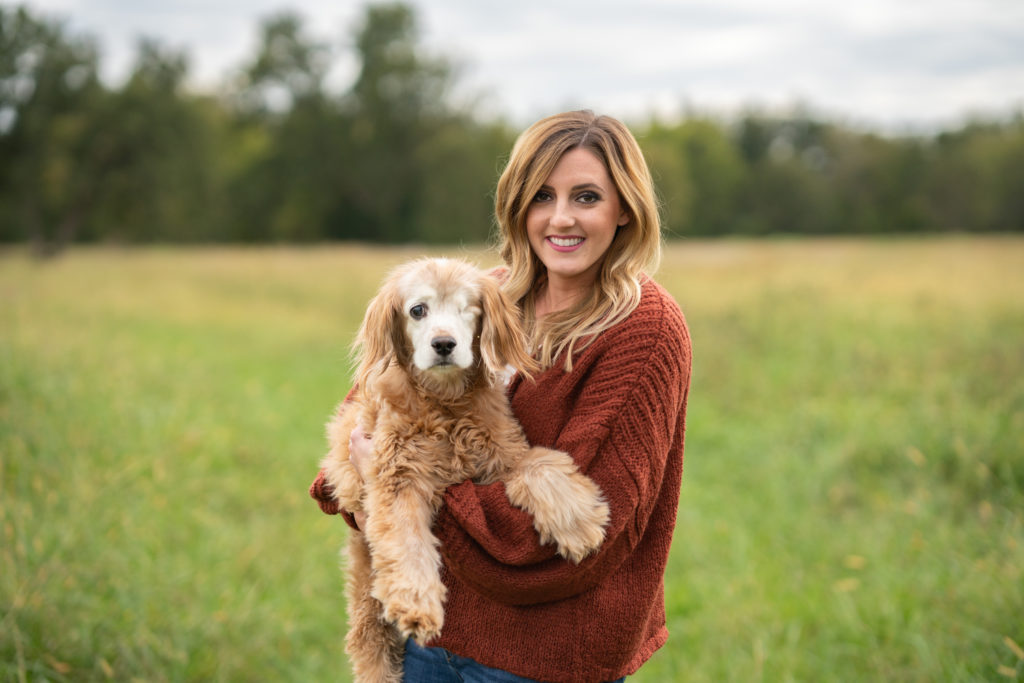 on to pursue her childhood dream of becoming a Doctor of Veterinary Medicine, graduating from Oklahoma State University in 2017. Her special interest include soft tissue surgery, wound management, and ophthalmology.

In her spare time, Dr. Barranco enjoys time spent out with her husband and friends. She is also an avid gardener, baker, and DIYer. Dr. Barranco and her husband have a one-eyed sweetheart named Bailey and the cutest beagle babe named Ivy.

Dr. Monaghan became part of the Woodland West team in 2018. Born and raised just outside of Toronto, Canada, Dr. Monaghan traveled down to Oklahoma State University for college. There, she ran Track and Cross Country and graduated in 2014 with her Bachelor’s of Science in Physiology. Having fallen in love with Oklahoma and its friendly people she decided to stay at OSU to complete her Doctorate of Veterinary Medicine. 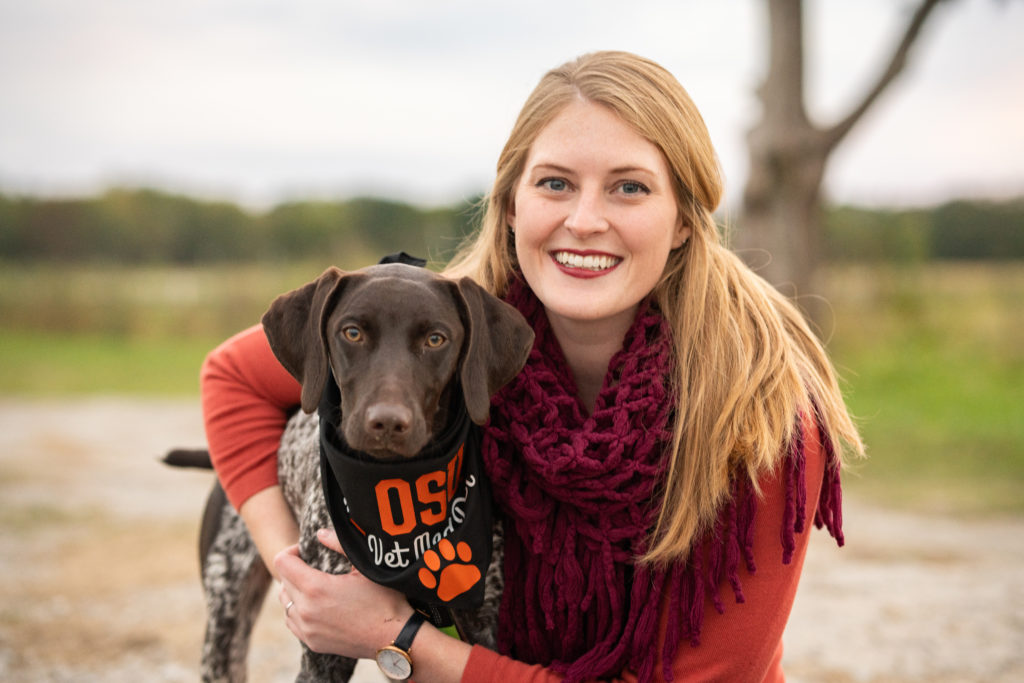 Dr. Beka Heinz’s love of animals was evident early on during her childhood in Tulsa, Oklahoma. “Even as a young child I was obsessed with animals,” she recalls.  “I would rehabilitate injured turtles, birds and rabbits and adopted every puppy and kitten I could get my hands on.  When my parents couldn’t find me, they would walk to our neighbor’s horse pasture to look for me.”
After attending high school in both New Jersey and Oklahoma, Dr. Heinz attended the University of Tulsa, where she received her bachelor’s degree with honors in biology in 2004.  Following college, veterinary school was an obvious choice. “There was literally nothing else I wanted to do,” she says. “I feel as if I was born to care for animals.”  She earned her Doctorate of Veterinary Medicine from Oklahoma State College of Veterinary Medicine.  While there, she was a Sitlington Scholar and received an Alice Levin Endowment award.
She is a member of the Oklahoma Medical Reserve Corp and participated in the National Institute of Health’s competitive summer research program, and her research is still used and has been published in several papers.
The love of animals and complete dedication to their care that led Dr. Heinz to pursue a career om veterinary medicine continue to guide and motivate her today. “My pets are my best friends, and I think our pets should be treated as such,” she says. “There is no better feeling than alleviating and animal’s suffering, or preventing disease or pain from occurring.”
At home Dr. Heinz cares for two cats, two dogs, two goats, two horses, 9 cows, one 6 year old human daughter named Hayes and a husband of ten years, Berry “the Dream” Weaver! 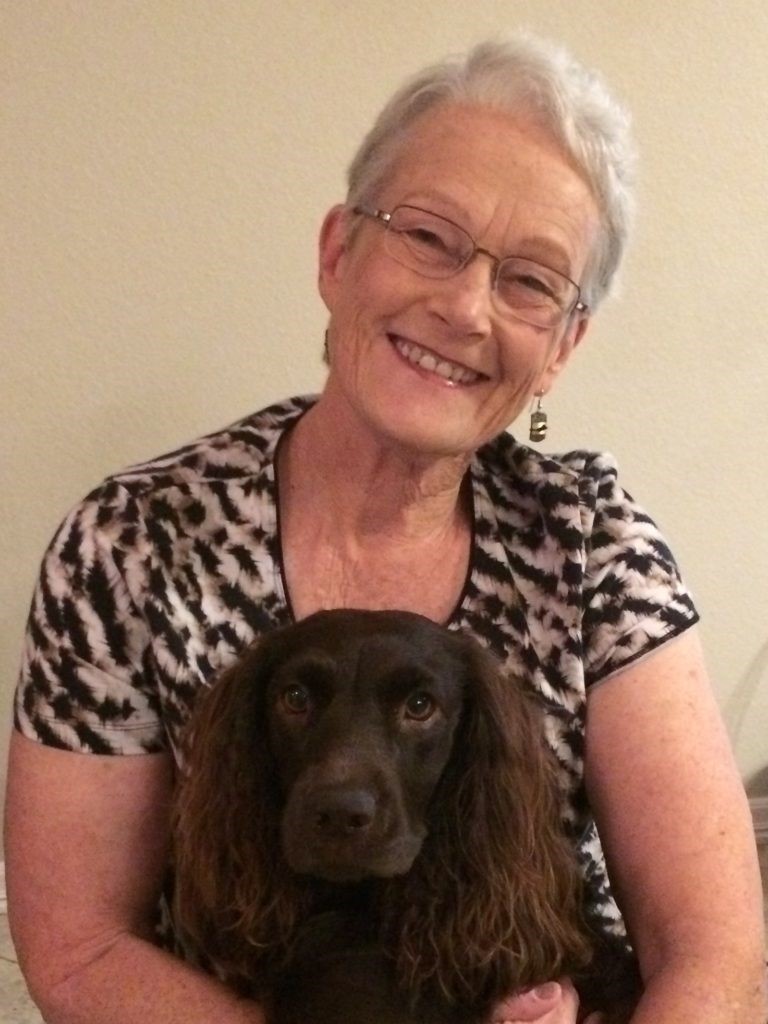 Dr. Anna Woolley is relatively new to the Tulsa area, however she comes to us with over 30 years of experience in veterinary medicine. Dr. Woolley is a graduate of the School of Veterinary Medicine at the University of California, Davis. She spent most of her career in the San Francisco Bay area. Dr. Woolley sold her California practice in 2011 and then lived on a sailboat for a couple years while exploring the Atlantic Coast and the Bahamas. She then settled in Beaufort, SC where she practiced for 4 years. It was during that time that her strong interest in Animal Behavior really took hold. Dr Woolley started a behavior consultation service in SC with an emphasis on anxiety, fear and aggression issues in both dogs and cats. Here at Woodland Dr. Woolley sees general appointments as well as behavioral consultations. When she is not working Dr. Woolley enjoys spending time with family, including a young grandson, gardening, boating, and training her Boykin Spaniel.  We are extremely pleased to add the services of Dr. Woolley to the Woodland family!

Dr. Miller is a Tulsa native who earned his Doctor of Veterinary Medicine Degree at Oklahoma State
University in 2005.  He has returned to the Woodland West family after overseas deployments as an
officer in the US Army Reserve Veterinary Corps. Between deployments, Dr. Miller worked in relief 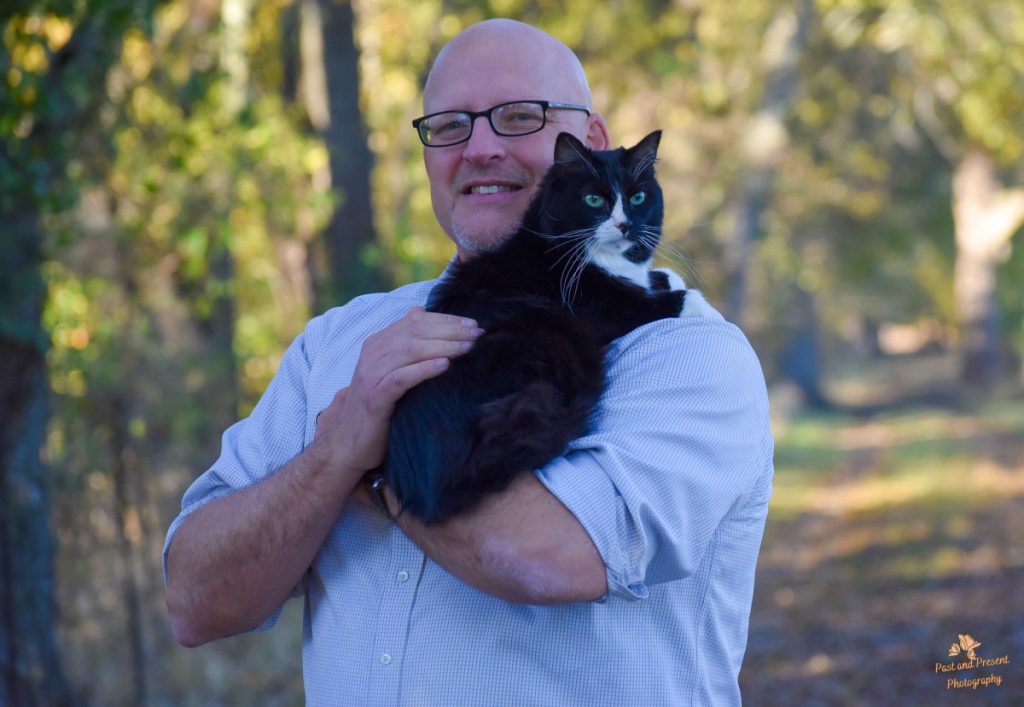 practice and emergency and critical care hospitals throughout the greater Tulsa area. His wife, Jennifer, is a registered pharmacy technician, and they have 3 children. They have a dog named Buster and a cat Melody. In his spare time, Dr. Miller enjoys spending time with his family, studying history, exercising, and American Muscle cars.

Dr. Ellen Clupper has been a part of the Woodland West family since 2004! She began working as a kennel technician when she was 15 years 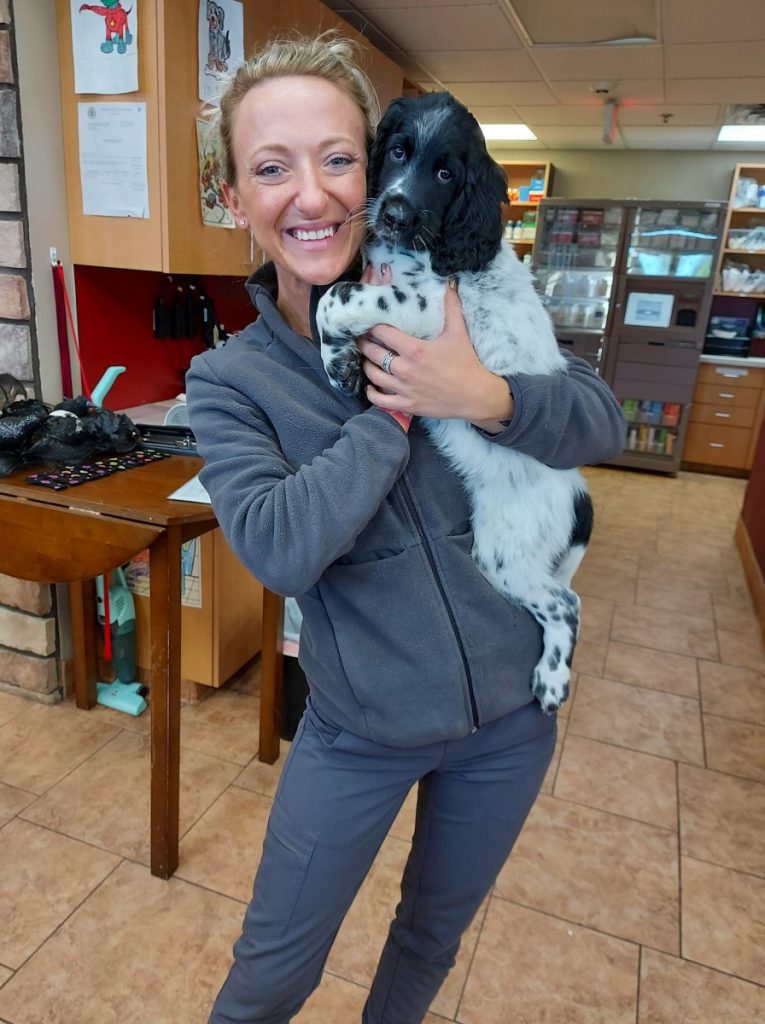 old and has since then held many positions including customer service representative, veterinary assistant, and weekend supervisor. Dr. Clupper received both her Bachelors of Science and Doctor of Veterinary Medicine degrees from Oklahoma State University. In June 2020, she rejoined us as our newest associate veterinarian.  Dr. Clupper is a Tulsa lifer and lives at home with her significant other, Tyler, and son Joey. They have two fur babies, Shiah, a 12 year old pittie and Trooper, a 1 year old pittie/boxer mix.  Dr. Clupper is a lover of all animals, especially bully breeds and cantankerous patients!  She has a passion for helping rescue organizations, and she also loves caring for exotics and wildlife.

Dr. Gabby Gonzalez was born in Oklahoma City and moved to Broken Arrow when she was 3.

She earned her Doctorate of veterinary 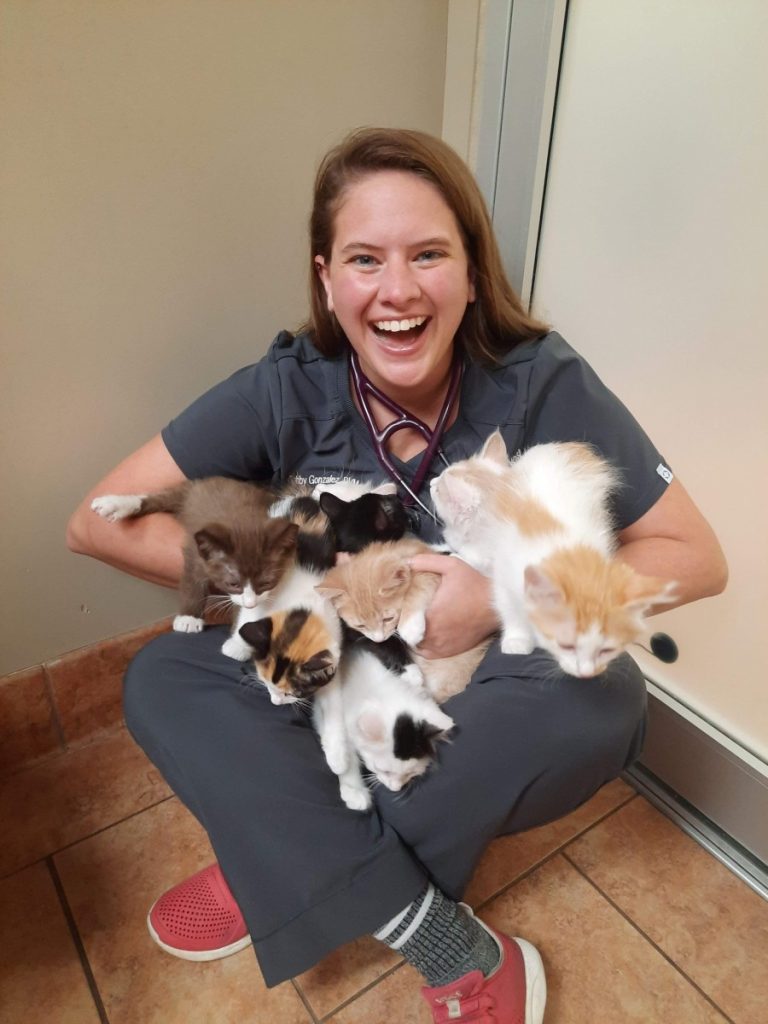 medicine from Oklahoma State University. She married her high-school sweetheart, Logan, and together they have 5 fur-children. Koda “Rooster” Roo was the first to join their pack and is a 5-year-old Australian Shepherd/American bully mix. Ellie Mae followed and is the sassiest 4-year-old Tabby Cat. Then came the one-eyed, 3-legged bandit, Gizmo, the 12-year-old Papillon. Theodore Augustus, a 1y-year-old Blue Russian, who was born to test the boundaries. And last, but oh most certainly not least, is Petey ‘Peanut’ a 1-year-old Heeler/Pittie quarantine puppy. Her special interests include soft tissue surgery, ophthalmology, and dermatology. 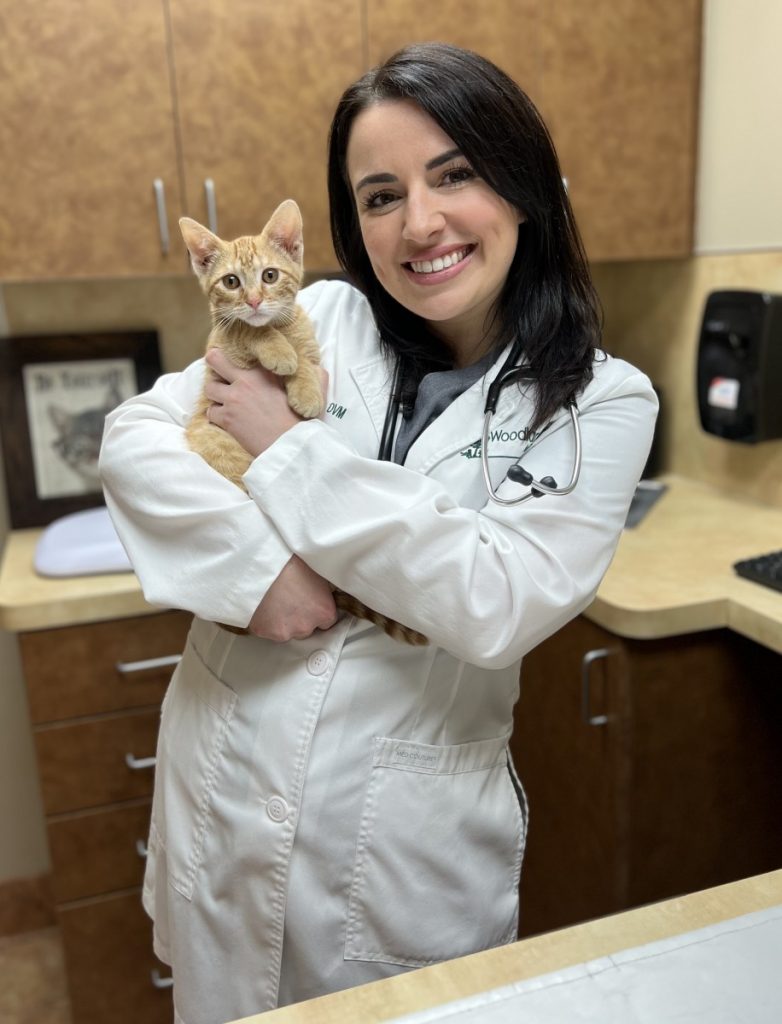